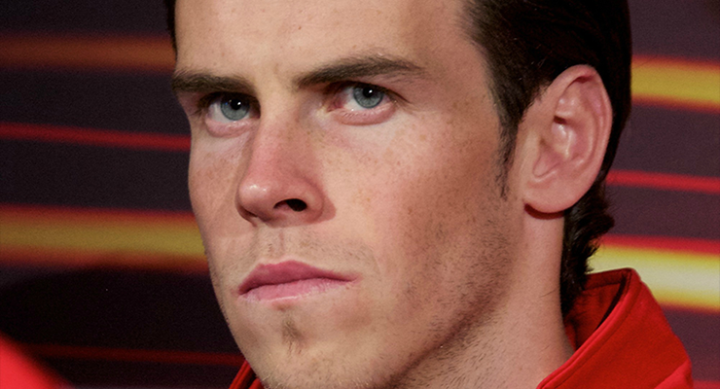 For those who have followed Wrong Side of Pond for any length of time longer than a week or two, you’re probably well aware of my deep love for Tottenham Hotspur Football Club. Longer-time followers are probably also familiar with my obsession with former Lillywhites star and current Real Madrid galáctico Gareth Bale.

Admittedly, it was pretty rough watching Bale depart for the Spanish capital two seasons ago. Okay, it downright sucked. But given time, it’s at least been a pill that could swallow.

I understand Bale’s ambition to play for arguably the greatest club of all time. He “dreamed” of playing for them as a schoolboy. Since his move to Iberia, he’s achieved tremendous success too. Those successes have ranged from seemingly less impressive feats such as holding down a spot in their starting XI — a much harder task at Madrid than it might seem — to scoring the winning goal to help Madrid lift their long-sought tenth Champions League trophy. Too, it’s not like he went to a direct rival and Spurs did receive a pleasant sum of Euros for parting ways with him. So for all of those reasons, I’ve been able to accept his successes even though he’s not been enjoying them while wearing a Spurs’ shirt.

However, with rumors of Bale moving on to Manchester United refusing to go away, I’ll admit that’s a pill I’m less inclined to take.

United, of course, are believed to have lodged a late bid for Bale the summer he moved to Real Madrid. Reportedly, the proposal that they offered Spurs was a far larger number than the fee they were expecting from Real. But with Tottenham chairman Daniel Levy set on only letting Bale go if it was to a club outside of England, and Bale only having eyes for Madrid, the move never came to fruition.

You can’t really blame United for trying though. The “biggest” club in Great Britain, the Red Devils probably feel a need to have the biggest British star player in their ranks. Rooney aside, there’s no one who fits the billing better than Bale. And given their history of employing a pacy, tricky Welsh Wizard in their attack, Bale’s appeal to United only amplifies.

So with rumors of a January switch back to Britain renewed, you can imagine my relief when the window came and went without anything more than backpage fodder materializing.

As to be expected, many poo-pooed the idea that Bale would be willing to leave Madrid… myself included. And the reasons why a move to Manchester for Gareth seemed unlikely were many. Would United be willing to drop a world record fee to acquire Bale, especially after the summer spending the club posted? Where would Bale even fit into an attack that already boasts the likes of Robin van Persie, Wayne Rooney, Angel Di María, (potentially) Falcao, Juan Mata, and Adnan Januzaj? And perahps most of all, why would Bale be interested in leaving the club he “dreamed” of playing for as a kid so quickly after arriving?

All of those questions seem like perfectly reasonable reasons to nix a Gareth-United union.

But regrettably, all of those questions also provide an answer that seems to point to the possibility of Bale holding up a red shirt in Manchester — maybe as early as this coming summer. Let’s tackle each of them individually.

Would Manchester United break the bank to land Bale?
Look, there’s no downplaying the amount of money Manchester United have thrown around during the last couple of transfer windows. With that kind of outlay, there’s plenty of reason to believe that David Gil and Co. would keep the strings on their purse a little tighter over the next window or so to help keep control of the club’s finances. Recall that United’s owners, the Glazers, are still servicing the sizable loans that they used to buy the club and the need to keep reducing that debt. Furthermore, the theory of financial frugality in future windows holds even more water when you consider that the club also went without the influx of Champions League money that they’re used to for the first time in recent seasons.

So how could they make it work? Enter new kit sponsors adidas, who will be taking over United’s kit deal from Nike for a staggering £75 million a year starting with the 2015/16 season.

Adidas have a number of high-profile athletes in their soccer catalog, and there’s no doubting the German brand would love to place one of them in Manchester as their leading man in their new Red Devils’ kit. That player would need to not only be very good, but also extremely marketable. Being British would help that equation. While Messi is chief amongst adidas’ players, there’s zero chance he’ll end up in Manchester — well, the red half anyway. Sure, fellow adidas athlete Angel Di María is already at United, but his face doesn’t exactly offer the marketability that Bale’s would.

It might be possible that United would be willing to help finance Bale’s purchase to land a man who checks all of those boxes. Plus, United have proven they were willing to splash the cash before, and word is they have the transfer kitty to back it up.

Where would Bale fit into an already stocked United attack?
United have a pretty deep attack at the moment, and it might awfully difficult to try to squeeze Bale into the equation — not that Van Gaal wouldn’t relish the challenge. Would there even be room for him there?

Of course there would be, and there probably would be at just about any club in the world.

First off, Bale managed just fine with breaking into a team that featured the likes of Ronaldo, Di María, Benzema, Jesé and Isco. He kept his spot too once Madrid lured in James Rodríguez. So I think the likelihood of him forcing his way into United’s squad shouldn’t really be any more stiff of a challenge.

Secondly, why would anyone think that all of the players currently in United’s attack would still be there if Bale did come in? In all actuality, at least one of those players would leave to make room for him. And the state of things in Louis van Gaal’s current squad seem to indicate there will likely be more departures. Robin van Persie is getting old, his powers are fading and injuries are never that far away. Januzaj has broken into the XI a few times recently, but LVG doesn’t seem to fancy him that much and he suffers from a lack of consistency. Mata has been in and out of the team. And probably the most likely to leave is Falcao, who’s only in on loan and hasn’t really produced enough yet to prove he’s worth the price Monaco would ask to make the deal permanent.

So yeah, there’s room in that team for Bale. Even if they have to make it for him.

Why would Bale be interested in leaving Real Madrid?
On the surface, Gareth seems pretty happy in sunny Spain. Ancelotti seems to like him, as do the rest of the club’s hierarchy. He’s raised his game considerably since arriving, playing more down the right and somehow finding a way to default to Ronaldo while still contributing regularly. The team has been wildly successful during his time there too. And the wages — we’ll just assume they’re pretty nice.

Why then would he go?

Playing in front of the Los Merengues faithful is no easy task, as Real Madrid’s supporters have zero fear of roasting one of their own if he fails to meet their astronomical expectations. And despite his sizable production in the year and half that he’s been at the club, recently they’ve targeted Bale with boos and whistles of disapproval. Why? Initially because he failed to set up Ronaldo with a goal that would have given him a hat trick, but it’s expanded to other “reasons” too.

The question is: has the Bernabéu crowd gotten to him yet? If so, the familiarity of British culture might enough to sway his opinion. Toss in the appeal of potentially being the club’s main man — much like Ronaldo is in Madrid — and the equally ludicrous wages United are sure to offer, and you could see how he might be convinced.

So, will Bale end up in Manchester? I don’t know. None of us do, at least not yet.

But if he does, I can tell you this much: I will hate it. And I might go postal, particularly if Madrid aim to replace him with Harry Kane….