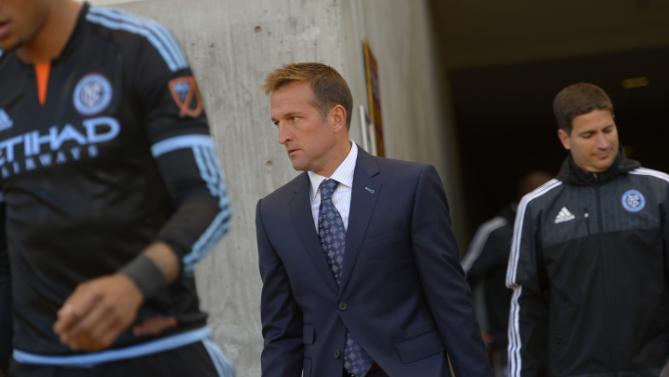 Make no bones about it: while it may not have been the case ten years ago, Manchester City Football Club are truly one of the biggest clubs in world football these days.

Some have suggested that their struggles in European competitions dismisses their claims as a “big club” — and that argument does hold some water — but I’d still argue that three domestic cups lifted in the last four seasons in one of the most competitive countries in Europe is something that earns them that distinction. Plus, their ability to attract the world’s top talent, pay top wages and sign some of the most lucrative sponsorship deals is enough for me to class them as such.

Personally, I find City’s meteoric rise from perennial Premier League underachievers to annual title contenders to be one of the most fascinating storylines of this era of world football. Admittedly, the club and their Abu Dhabi-backed City Football Group ownership team made that happen by dumping in excess of a billion pounds into the club. But for those who say that they’ve done nothing but buy their prestige, that’s a huge oversimplification of their success. There have been plenty of billionaires that have thrown massive sums of money at a club with the hopes of turning them into a power — Leeds, Monaco and Anzhi Makhachkala, to name a few — and have walked away with very little to show for it other than debt.

It’s clearly not a fool-proof method, but Manchester City have found that success that’s eluded so many other billionaire-backed clubs. And that potentially means that they’ve done a better job of investing those sizable cash injections.

Sure, they’ve splashed on players — many of whom haven’t exactly panned out — but they’ve also dumped money into scouting, coaching and huge improvements in the clubs infrastructure and facilities. And those investments have brought success, even if measured.

So whenever the overarching City Football Group make really odd decisions with their MLS side — New York City FC — I really do try to give them the benefit of the doubt.

But damn do they make that difficult.

For instance, when City Football Group trumped local bosses Claudio Reyna and coach Jason Kreis, that Frank Lampard should stay at the their Manchester club and miss the start of the MLS season he had reportedly signed on for, I tried to look at it from their angle. How big a difference would Frank really make if he were here already? He probably provides more value to the parent business in Europe, especially if they advance in the Champions League (they didn’t).

But then I think about that decision, and the negatives clearly outweigh the positives for their MLS club. Purposefully choosing to deprive your brand new team — supposedly the league’s marquee franchise in the largest media market on the planet — of a veteran, superstar athlete with global name recognition? That seems foolish, at best. Intentionally opting to deny an expansion side — whom historically struggle in their maiden seasons — one of the most talented players at its disposal, seems downright inconceivable. That one decision cast NYCFC as the “feeder club” we all feared it might be when it was initially announced. You only get one first impression, and CFG and NYCFC blew theirs on Lampard.

If that’s got you scratching your head, consider New York City FC’s acquisition of Italian star Andrea Pirlo. Prior to Prilo’s arrival, manager Jason Kreis had openly talked about using the club’s still unused third Designated Player slot — their first two used on 37-year-old midfielder Lampard, and 33-year-old striker David Villa — on a younger player who would fill a missing piece of their puzzle.

Instead, CFG went out and grabbed 36-year-old midfielder, Pirlo. I get it, he’ll sell shirts like hotcakes. New York has some strong historical ties to Italy, too. And the guy was a linchpin in a Juventus side that had just made it to the UEFA Champions League final. But problem is, Pirlo didn’t fit into any of the open spaces in New York City’s puzzle. And on top of that, they did that after already moving to acquire US men’s national team midfielder Mix Diskerud. Nevermind the fact that Italian looks like he gives zero fucks, too. The result, blowing all four of your highest salaried roster slots on just two positions. Yeah, that’s stupid.

And now we have the club’s latest boneheaded decision: firing their coach Jason Kreis, and opting to replace him with former French superstar Patrick Viera.

Again, I’ve tried to look at this from NYCFC/CFG’s angle. Given the “investment” in the squad, finishing with the second worst in MLS is bad. Kreis didn’t make the most of having had the last year and a half to construct a team that would perform right out of the gates, either. And he even fumbled things a bit during the initial lottery process. Too, Partick Viera is a legend of the game. He brings instant global awareness to the position, and has some success working in Manchester City’s academy.

But we’re also talking about dumping a guy who has a proven track record in MLS — both as a player and a coach — for a guy who has no first team experience as a coach/manager in not only MLS, but anywhere else for that matter. Too, look at how well big name foreign coaches have fared in MLS. Remember Ruud Gullit’s time at LA Galaxy? What about Carlos Qeuiroz at Red Bull New York? Owen Coyle’s still employed in Houston, but he’s not exactly ruffling feathers. And the one thing all of those guys had that Viera doesn’t? Prior managerial experience.

So despite all the success that City Football Group have had with spilling massive investment into Manchester City, it’s quite clear that they’re not having the same success rate in New Amsterdam.

Could it be that throwing cash around doesn’t work in MLS? Looking at the wage bills of the four teams in this year’s MLS Cup Playoffs conference finals would suggest “no”. Crosstown rivals and current bookie favorite New York Red Bulls have the lowest salary in the league. Dallas are one above them in 19th. Then you get the big spenders of Columbus (13th) and Portland (11th).

However, it could also be they just haven’t struck gold with their investments yet, too.

But one thing is clear, if City Football Group have a master plan for their New York franchise, it’s not at all clear what that plan is. And I’d be willing to forgive them for what appear to be senseless decisions on the surface, but it certainly feels like a pattern is developing here.

While New York City FC continues flail in a very public spotlight, all the rest of us can do is sit here and question what the hell it is they’re doing.