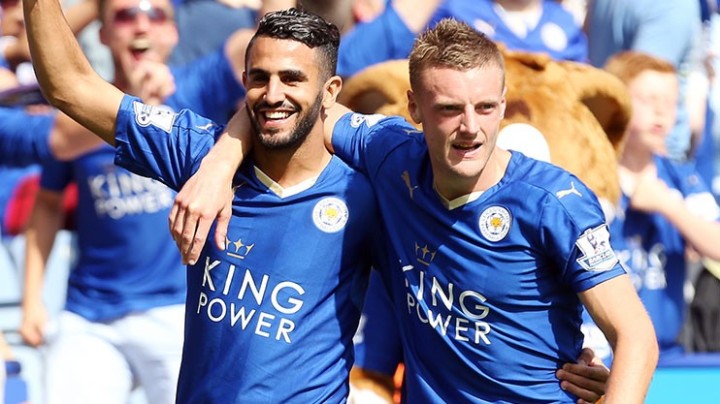 This has been an unusual season in the English Premier League.

Though normally lauded as “the best league on the planet” — a phrase I hate due to its highly ambiguous and subjective nature — a very different portrait is being painted in England’s top flight so far in the second half of 2015.

In most years, the quality of the league’s biggest sides is usually a good measuring stick for the overall quality of the league. But a gander around the normal big clubs’ results might be a bit confusing. Manchester City, considered by many to be the best side on paper, have struggled to turn in good performances on a weekly basis. Manchester United, though lingering around the top four, have gone stagnant and have put out some pretty unpalatable displays. Arsenal are looking more complete this season, but their annual injury pile up is starting to take shape. And Chelsea, well… they’re doing little more than imploding. The next batch of almost-theres like Spurs, Liverpool and Everton have also grappled with consistency, too.

Some have posited that the struggles of the big clubs are a sign that the smaller sides are starting to catch up. And on the flip side of the coin, it could also be that the league on the whole is down. While the truth is likely somewhere in between, the overarching narrative seems to be that the league’s quality has dipped — and that’s been framed in a pretty negative light.

But if you ask me, what’s grand about the topsy-turvy nature of the 2015/16 Premier League season is that it’s opened the door for an underdog to climb to the summit.

It’s the middle of December, and Leicester freaking City are sitting at the top of the Premier League. And to me at least, the type of excitement generated by following the lowly Foxes defying the laws of nature makes a dip in form for the entire league totally worth it.

The last time we saw an atypical club sitting atop the Premier League standings this late in the season was when Liverpool finished second in 2013/14. That wasn’t that weird though, given Liverpool have won the league 18 times and are still a quasi-big club. To find a real atypical club atop the table at this time, you’d have to go all the way back to 1999/2000 when Leeds were top at Christmas before eventually finishing third. But even then, they spent like mad to get there and eventually went bust for it. The same type of loose spending propelled Blackburn to the summit when they actually won the damn thing in 94/95, too.

So the rarity of a club like Leicester — who were sitting bottom of the table this time last year, by the way — being in a title scrap at this point in a season negates any talk of this being a bad season. In fact, them being there makes it even more interesting.

And one of the reasons that it’s become so interesting has to do with how Leicester City carry on, and what they decide to do with the fortune they’re currently experiencing.

We’ve reached a point in the season where it’s now in the realm of possibility that the Foxes could actually win the league, however slim. I say slim because any number of items could derail their dream season. They could easily slip off the near perfect run of form that they’ve so far experienced. Depth is also an issue, so an injury or two to key players could throw a wrench into things. Or Claudio Ranieri could go broke from having to supply the team with all of the pizza he’s bribed his squad with thus far.

But if they somehow defy the odds and survive the battle to lift the trophy at the end of the season — an amazing story line in its own right — they’re still left with the same incredibly interesting issue to deal with.

What are they going to do with hitman Jamie Vardy and talisman Riyad Mahrez?

Let there be no doubt about it: the sharks are circling the pair. Big clubs will be making bids for the both of them, and Leicester will have to eventually make a decision on what to do with those bids.

If Leicester were sitting closer to mid table right now, they’d be hard pressed to see out the end of January without having to sell one of the two of them off — albeit for a massive sum of money. However, sitting where they are, the two will undoubtedly be kept around to challenge for the title.  So that pushes the issue to the summer.

Even if they win the title or at bare minimum remain in the Champions League places, can Leicester resist the temptation to offload the pair that dragged them to the trophy in exchange for a gargantuan mountain of cash? To be honest, I don’t know that they can or will.

If we’re talking about selling them both, that could easily see Leicester rake in £60-70 million. That’s the kind of money that could sustain the club for the next few seasons, especially on top of the bumper Premier League TV deal that sets in next year. Add in potential Champions League money, and the Foxes could pocket north of £100-125 million next year just by selling them. If you’re the club accountant at the King Power Stadium, then you’re begging the board to sell them.

But on the other hand, there’s no doubting that Leicester will need players of Vardy and Mahrez’s quality if they’re to have any hopes in the Champions League. Never mind the additional investment they’ll need to make to strengthen the squad, and that still might not give them much of a chance. What happens if they take the gamble to keep them, and they struggle in the league while trying to balance Europe? What if one of them get hurts and it all blows up in their face? Is it worth the trouble?

Making matters worse, is if they go the fiscally sensible route, they could still end up in hot water. Opting to sell the pair off despite Champions League qualification will likely anger the rest of the Premier League big dogs, as a poor showing could dent England’s in danger UEFA coefficient.

And I don’t know about you, but this whole tangled mess of scenarios for Leicester makes this campaign wildly fascinating. It’s a crazy dilemma to track, and the intensity of it seems to ratchet up after every round that yields another victory notch on Ranieri’s belt.

So even if you think the Premier League has taken a dip this term, worry not: there are plenty of silver linings to enjoy.