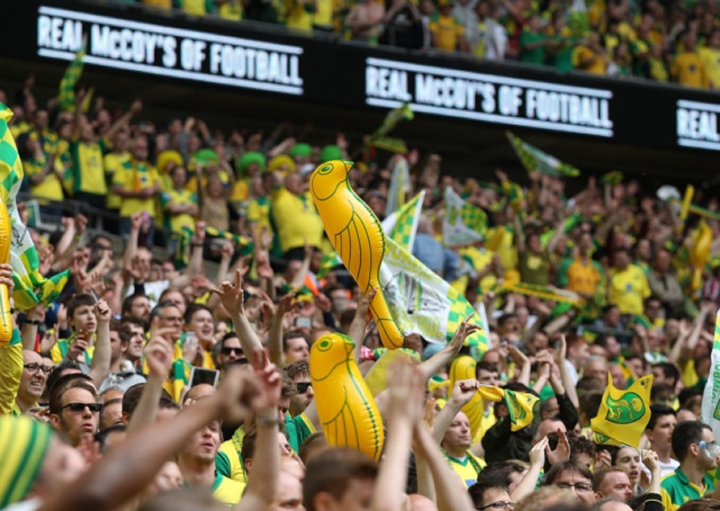 EDITOR’S NOTE: This is a bit of landmark post for ‘Wrong Side of the Pond’, as it represents the first ever guest post on the site. With my role with FC Cincinnati siphoning off most my writing efforts, it presented the unique opportunity to not only continue offering new original content, but also select other writers a chance to showcase their thoughts and talents. The writer earning the “distinction” of the first ever guest? Charlie Hatch — and you can learn more about him at the end of the article.

Football fans are weird. We accept this. We have a desire to learn what seems foreign. We plan weekends around matches played nearly 4,000 miles away, despite many of us have never seen the football club we passionately pace empty rooms in the dark for in the 85th minute, praying for a minor miracle and no Fergie time.

Yes, we are weird.

And in one of my weird discoveries, I came across a horrible song:

With no context necessary, I can safely confirm that ‘Small Town Lad Sentiments’ is one of the worst songs you could listen to. The beat is horrific. The lyrics are pitiful, and music video comes across as a young English rapper from a middle-class family with too much time on his hands, so he decided to wear a front and pretend to be tough.

Yet the frightening thing about the song isn’t actually the song itself. Rather, it’s the reality that the song will ping around your skull for the next five hours, making concentration unbearable and everything else around you intolerable.

In short, ‘Small Town Lad Sentiments’ describes my relationship with my football club.

Perhaps this is stereotyping, but most of the people reading this will never have small town sentiments with their clubs. Most cheer for the teams they first saw on television; they chose the teams that were accessible.

Instead of going the normal way, I had to be weird.

When everyone else liked Manchester United and Arsenal, I preferred Blackpool and Stoke. For a while, Ryan Shawcross was my idol. Yes, we’ve outgrown those dark times.

Then it became trendy to support Tottenham or Chelsea. They were winners. Yes, Tottenham are winners in my eyes.

No thanks. Give me Norwich City.

Why? Because the colors are pretty and inviting. They’re different. In a sea of reds and blues and the occasional whites, the yellow was unique and bold — until Watford had to ruin the party. Plus, the Canaries either played magisterially or crap. I liked the uncertainty.

Ultimately that uncertainty dragged me into relegation. And now as I write, the uncertainly creeps behind the metaphorical corners and clings to my soul each Saturday morning like a leech.

Being a supporter isn’t fun. I find it more in common with a weekly chore. Rise up, go set up the live stream and try to sit through the match without my heart sinking or my headache exploding. Oh, the romanticism.

But I think differently.

The reality is that while Leicester, a team I originally picked to finish second-bottom soars, my football club flirts closer into the drop zone, or at least sits on the outskirts of impending relegation.

I tried the Championship once. It sucked. It was awesome. Following along only via radio and newspapers was difficult. Winning matches at the last whistle, beating the rivals in a Play-Off derby and orchestrating an East Anglian blitzkrieg over Middlesbrough at Wembley will go down as some of my proudest, if not the proudest moment I’ve had as a sports fan. It was glorious.

Yet now when I stumble out of bed, I stare directly at an offwhite wall with two massive images: a poster from the home win over Ipswich Town in March, a flag from Wembley reading, “We are Premier League”.

I no longer believe those words. Each Saturday, I see a lineup dotted with top-flight talent that’s playing itself out of its rightful home in the Premier League.

I also see the latest fixture results, which more often than not show Leicester outdoing Leicester, or Jamie Vardy outclassing himself.

I hope Leicester win the league.

But more importantly, I hope my club survive the carnage that will ensue in the following weeks. Fittingly, our next match from the FA Cup break is against, cough…Leicester.

Norwich manager Alex Neil knows he can’t sit back. Survival rests on it. So the Canaries will attack when the opportunities are presented. Nathan Redmond, a pacey winger who deserves more than his current role offers, was told to stay further up the pitch. The backline, which is notoriously slow and occasionally inept — at all the wrong times — will be exposed.

Saturday will be exciting and tortuous.

To be honest, it’ll be one of the few times I’ll sit down and actively watch Leicester. But I’m not watching for them. I’m watching for us.

It’d be lying to yourself if you genuinely thought Leicester could have the same success next year or the year after. As the English put it, it’s a “one-off.”

We’re witnessing Leicester at their peak. We’re witnessing the last season before a mega-billion broadcasting deal will once again separate the strong from the meek. Leicester will seen return to the small town sentiments and cherish what they had.

This is forgotten, but Leicester are doing a Norwich.

In the first Premier League campaign, Norwich had an eight-point lead in December in the table and bottled it. They finished in a Champions League spot and beat Bayern Munich away — the first English club to do so.

I was not alive for this.

What I am alive for, however, is Leicester’s final push this season.

They won’t win the league. If it were up to me, I’d prefer they fell to second after this weekend and the Canaries return to Norfolk with three points.

But I want to see Leicester do well. But first, I want to wake up, see my “We are Premier League” flag and know that it’s true.

We may in fact be witnessing history, but I’m too bothered by my own circumstances to see it.