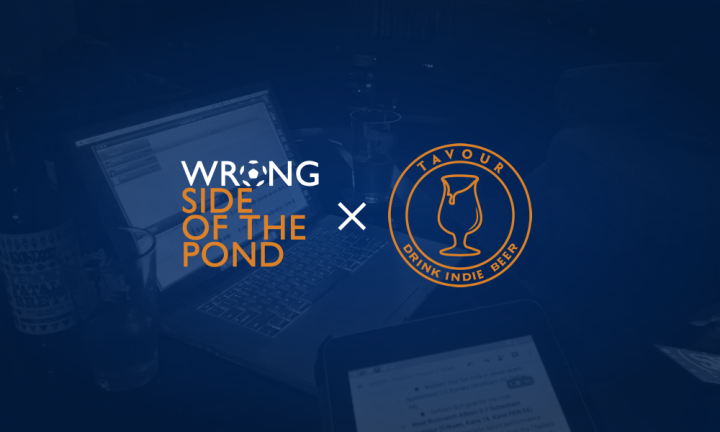 Every week when you download the latest episode of the WSOTP Podcast, you probably don’t think about the economics involved in the show. No matter what Ted says online, this site is most definitely not a profit making venture.

In fact, we spend far more money on it than the ads most of you block rake in. Most of that goes into hosting and domain registration, but Jeremy and I also burn through plenty of dollars on the gas to get to the studio, the beer we drink to stay hydrated on air, and the ever-valuable time department to deliver you a show each week. That’s not a problem; it’s just the truth. We record the #Pondcast not to make money, but for a love of the game and an enjoyment of conversing about it.

But today, we’re delighted to announce that at least some of those expenses will now be covered through Wrong Side of the Pond‘s first ever sponsorship.

As most regular listeners probably already know, Jeremy and I like to enjoy a new beer for each show. But finding new brews after nearly three and a half years of podcasting has turned into an increasingly difficult endeavor.

Enter the amazing people from Tavour.

Tavour’s innovative service bridges the gap between craft beer fans and cutting edge independent breweries from all over the country. They offer daily access via the web and mobile apps to an extensive, highly curated selection of fresh, hard to find and rare craft beers and have them delivered right to your door. And beginning with our next show  tomorrow, you’ll now hear Tavour adverts inserted into #Pondcast episodes… as well as helping to fuel our conversations with a new beer each episode!

If you’re thinking to yourself, “That’s great, but all this does for me is extend my podcast listening experience a minute”… worry not, there’s something in this for you too. If you’re a craft beer enthusiast like us, slide on over to Tavour.com and use code “WRONGSIDE10” to get $10 off your first order of $25 or more of some of the hardest to find craft beers in the country to enjoy while listening to the #Pondcast!

So many thanks to our friends from Tavour! Not only their delicious suds, but also for their partnership and support of independent soccer coverage in this country!