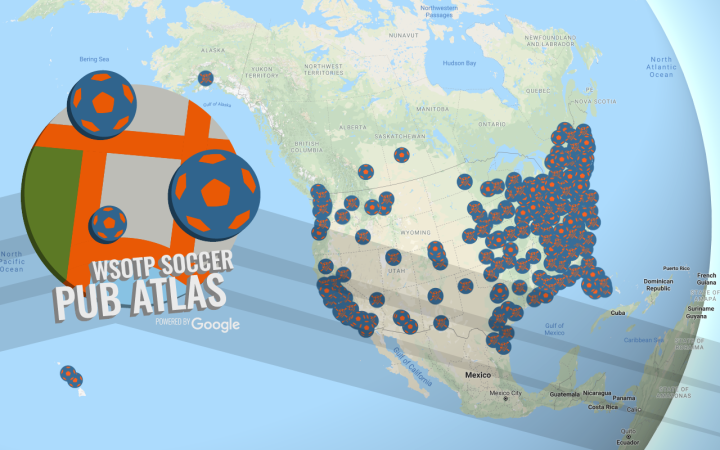 They say you never forget your first time. Watching a game at a soccer bar, that is. I do at least.

I was just 16 years old when I had my first, way back in 1998. One of my youth coaches had informed me there was a small Irish pub not far from a friend’s house that had a satellite dish. They showed “Premiership” matches, and better yet, they showed them live.

Ever the adventurous one, I decided the bar probably wouldn’t care if a teenager waltzed in on a Saturday at 10am. It’s not like I was trying to drink or anything. I doubt they’ll mind. So on a chilly November morning, I saddled up to the end of the bar at Hap’s in Hyde Park to watch Aston Villa host Liverpool. I was right: they didn’t care at all.

Upon arriving I found about a half dozen expats aged 30 to 60 between myself and the single tube television at the opposite end of the bar. While I’d missed Paul Ince’s second-minute opener by the time I’d found a place to park, I got there just in time to catch Robbie Fowler double Liverpool’s lead just minutes later. It would be the first of three goals that match for the man called “God”, one of many things I would learn during my morning at the pub.

Two hours and three Cokes later I walked out in a haze. Not only was Liverpool’s 4-2 win away at raucous Villa Park electric, but the atmosphere at Hap’s had an electricity to it, too. I hadn’t watched a match with impassioned fans of the beautiful game since the World Cup visited our shores in 1994. I didn’t know this type of experience could be had at a place in my own backyard. The alcohol-infused debates, the English colloquialisms with matching accents, the inappropriate jokes tingling my virgin ears, the world-class football I couldn’t watch at home being played on the TV — it all had me buzzing.

Honestly, I’ve been chasing that feeling ever since.

And it’s that exhilarating communal soccer watching sensation that inspired me to launch the WSOTP Soccer Pub Atlas six years ago. Not only would it provide me with a resource to sniff out the best spots to watch live soccer on my own travels, but it could also help thousands of others to come together and share in the same experience. And thanks to help from hundreds of readers and listeners, there are now nearly 500-plus soccer-friendly bars, pubs, and restaurants in the directory and the map itself has been viewed nearly 45,000 times! 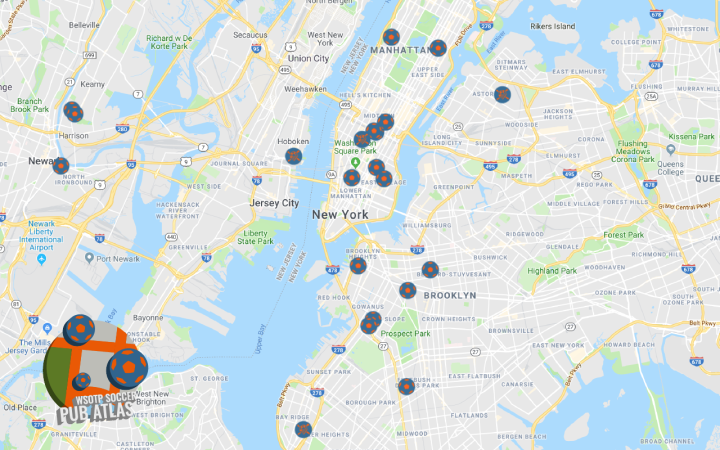 But with my obligations elsewhere for the last few years, the lack of promotion and maintenance has left the pub atlas… a bit stale.

Locations have closed. Supporters have found new homes for their regular pilgrimages. And with the growth the sport has seen since first launching, there are undoubtedly new, unlisted establishments that have since opened their doors to soccer fans.

Long story short: it’s clear that this directory of soccer pubs needs some love. And that’s where you, once again, come in. A crowd-sourced project from the start, I’m putting out renewed calls for help from supporters like you around the country to keep this a valuable resource for all. As it turns out, your part is pretty simple.

Click here to check out the full WSOTP Soccer Pub Atlas. If you notice a pub that needs an update, one that needs to go, or a new pub that’s missing, simply fill out this short form.

I’ve not left all of the work to you though. Using the current listings on their website, I’ve added every current American Outlaws chapter bar to the atlas. The new map icons themselves even delineate whether it’s an AO bar or not. I’ve also already verified the official Tottenham, Arsenal, and Manchester United pubs with their current online resources.

But that doesn’t mean you still can’t help out! Plenty of locations still need a more familiar touch, and we all would appreciate any help you can offer. So take a few minutes to help out your future self and your fellow fan by scanning over your local options and see if we need to make any adjustments.

Too, there are now opportunities for pubs to make themselves stand out on the map and gain greater exposure with new WSOTP Partner offerings. Interested pub owners and managers can get in touch by filling out the aforementioned form, or by contacting us here.

Remember, soccer is always better when watched together. Sometimes we just need a little help finding each other.