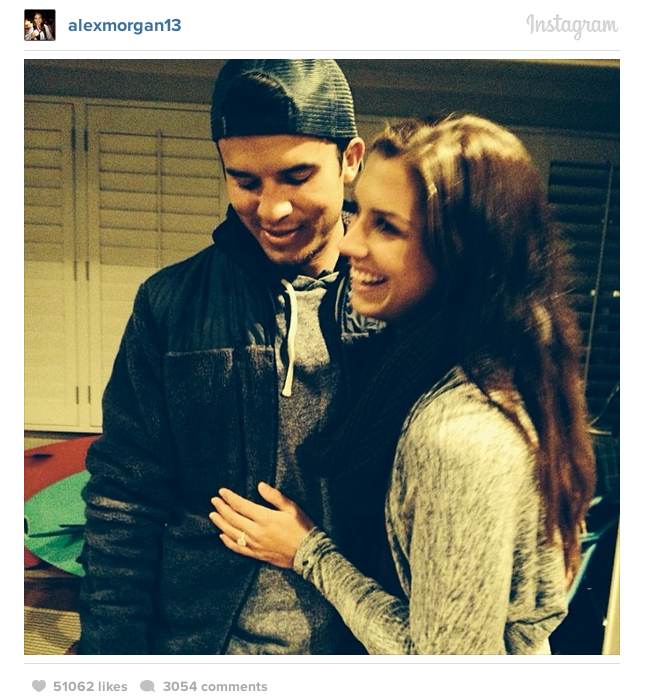 Behold the power of social media: an Instagram that broke several million hearts! This week’s Pic of the Week comes to us from the account of US Women’s National Team star striker Alex Morgan, as she announced her engagement to her boyfriend by means of a modestly filtered, mildly blurred photo. That sound you’re hearing? Cries of despair coming from an untold number of men around the country and world as they witness their pathetically slim chances of making a move for US soccer’s most desirable asset collapse on their phones and tablets. 51,062 favorites? You know those are all girls.

The lucky bastard that will have the honor of Morgan as his future ball and chain is Houston Dynamo midfielder Servando Carrasco. The pair first met while they were both plying their trade for the Seattle Sounders back in 2012 and have been dating since, despite both having moved on to new cities since then. And it would appear they have their sights set on the long haul. I don’t blame the guy; I’d be trying to lock her down too.