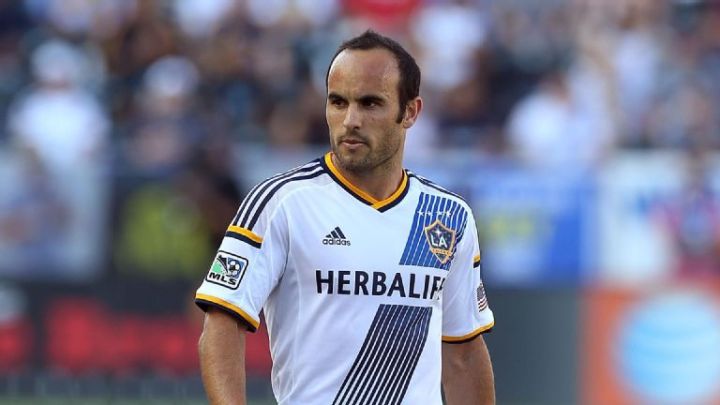 Let me start this off by saying that, without a doubt, few people have had a more profound impact on the American soccer landscape than Landon Timothy Donovan.

Well before Freddy Adu ever graced the cover of Sports Illustrated or had his face splashed all over ESPN, Landon was this country’s first soccer prodigy. No other American player has garnered more success. Too, few other footballers from the United States have attained his level of fame and fortune.

And because of all of that, he’s also been the sport’s biggest target for criticism — particularly from this corner of the internet.

But with Donovan announcing yesterday that he’ll be hanging up his boots for good at the end of the 2014 Major League Soccer season, I felt it necessary to explain myself and my thoughts and criticisms a bit further.

Like many of us, I’ve tracked Donovan’s professional career from its very beginnings. However, I’ve always felt like I’ve followed things a little bit more closely than the most, and for personal reasons.

You see, Landon and I are the same age. We didn’t know each other or grow up battling it out regularly, but I did have the distinct privilege of lining up against him twice during our formative years. Once at a club tournament, and again in the Olympic Development Program. On both occasions, I can say without hesitation that he was easily the best player on the pitch. There’s little doubt in my mind that he remembers nothing of me, but I’ll never forget playing against him.

So due to those fleeting interactions and being from the same generation of players, I’ve closely followed Landon’s progress like they were my own.

I clipped articles from papers and magazines. I scoured the early pages of the internet for any updates on his time in Germany or with the national team as if he were a close friend.

Many rate his initial trip across the pond — to Bayer Leverkusen in 1999, roughly 9 months after our second encounter — as a failure. But few acknowledge the fact that Leverkusen were easily one of the best clubs in the world at that point. Though they won the Champions League the season Donovan was loaned back to MLS, most will harp on about how he was so frustrated he couldn’t break into the first team that he ran home to mommy.

I sympathized with him though: I was in college and adjusting roughly to new surroundings. Plus, I found it exciting that I would now have the chance to watch him more regularly while on loan to San Jose. And three years, a pair of MLS Cup hoistings and a stand-up-and-take-notice performance at the 2002 World Cup in Korea and Japan later, he had rightly assumed the title of America’s soccer sweetheart.

That was enough to coax Donovan and Leverkusen alike to give it another go. Ultimately, it was a short-lived reunion. After a half season with a handful of showings, Landon asked to be sent back to the States. And this time, he wanted to do so permanently. Leverkusen obliged, and Donovan was sold back to MLS.

This time, I wasn’t as understanding. And it was probably at this point that my one-way relationship with the guy began to break down.

Both in MLS and at the World Cup, Landon Donovan had shown us what he was capable of. And at just 20 years of age, he had ample time to continue to develop his game and become a better player. While Major League Soccer had given him the chance to mature, find his feet and gain confidence, it was also a security blanket. MLS was comfortable.

Sure he continued to improve and matured into a leader. But he wasn’t fighting for his spot week in and week out. He wasn’t facing routinely better competition. These are the things great players need to propel themselves upward. Europe — even if he didn’t stay with Leverkusen — offered him that. We saw that he was able to raise his game in the pair of loan spells he had with Everton a few years later. Had he made one of those switches a permanent one, I full heartedly believe the sustained pressure would have helped him make that push.

Instead, he always returned to his comfort zone. And that really got under my skin.

As a competitor, I wanted him to push himself to another level. And while he did that in spurts with the loans, in the long run that lead only to burnout. Between MLS seasons, loan spells and international tournaments, Landon logged nearly two straight years of competitive soccer without a proper break.

And because of that, he decided to take a sabbatical from the sport. He spurned call ups to newly named manager Jürgen Klinsmann’s national team and asked Bruce Arena and the Galaxy to excuse him from mandatory preseason training to “find himself” in Cambodia.

Once again, that irked me.

In the long run, maybe that would have helped him to avoid the controversy of missing out on this year’s World Cup squad. Again, maybe it would have, maybe it wouldn’t have. But his lack of commitment in Klinsmann’s early tenure surely played a part in the decision.

To me at least, it seemed like Donovan never considered that his decisions may have been a factor in that situation. He opted instead to publicly whine about his exclusion, and play the role of the butthurt, pampered superstar. At one point he even admitted he hoped the national team would do worse without him.

Yet again, that got me all worked up.

Look, I understand his disappointment. I get that he faced years of public scrutiny and being stuck in the spotlight. I sympathize that Landon gave up a lot to get where he was. I know it’s his life and he can make his own decisions. But for a while, Landon Donovan seemed to forget that he asked for all of it and what a privilege it was that he had earned the respect from all of us. I selfishly wanted him to improve so our national team would do the same.

I just — perhaps unfairly — expected so much more from him. A guy whose unbelievable talent I had seen with my own two eyes, just seemed to throw even bigger greatness away with some of the choices that he made.

Despite how my previous pieces and words above might I have implied — and with all due respect to Clint Dempsey, Michael Bradley, Claudio Reyna, and a few others — Landon Donovan is the best outfield player this country has ever produced.

I say that in full honesty while admitting that I do have a complicated, one-way relationship with the guy. Over the years, my unbridled support gave way to hefty amounts of criticism. Sometimes the opinions I’ve published about him garnered nods of approval from readers, but others have ruffled a few feathers.

While it’s true that I’ve held Donovan to a higher standard of expectation, I’ve also enjoyed the hell out of watching him play. I am very grateful that he gave us the moments that he has — from MLS Cup winning performances to the Confederations Cup matches against Spain and Brazil to the goal against Algeria in 2010, just to name a few.

My apologies if I seemed unappreciative and vindictive at times. Landon Donovan unknowingly took me on an incredible 16 year journey, and I’m not ashamed to admit that it was a little greedy for me to have wanted it to be a little bit more awesome. I wanted it for him, I wanted it for me, and I wanted it for us.

So as Landon prepares to bow out of the game for one last time, I just want to take a moment to tell him thanks for it all.

He may never read this, but I feel like I owed him as much.