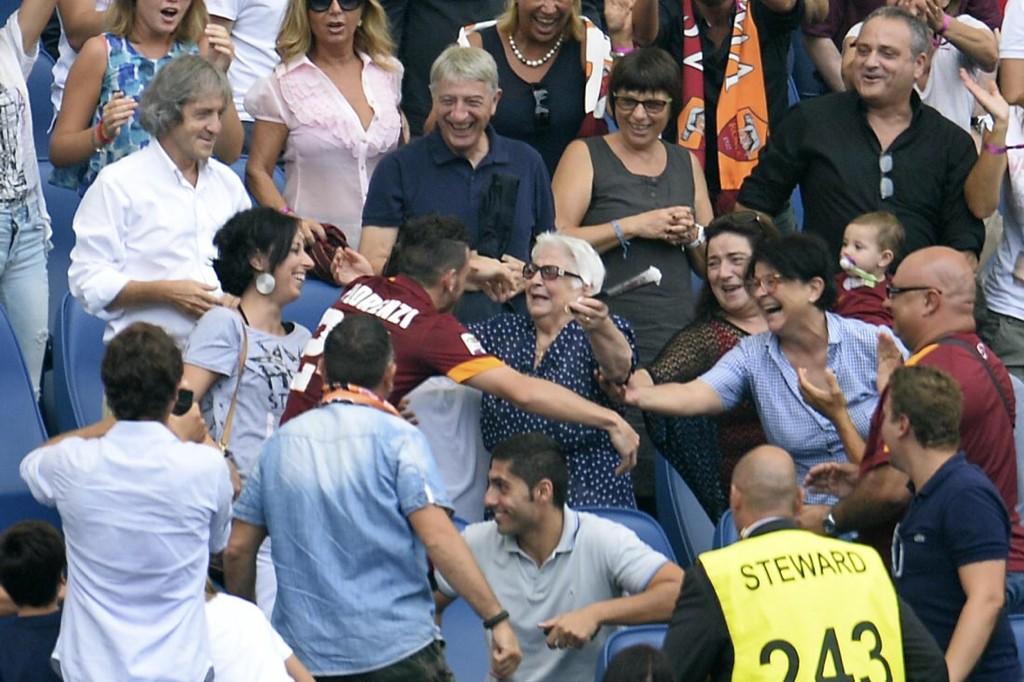 Football is a manly sport. It’s played out by hard men, running around on a field doing battle with one another for glory, fame and fortune. But every so often, the game provides us with a momentary glimpse of its soft underbelly, and one of those moments took place this weekend in Italy in Roma’s 2-0 win over visiting Cagliari. Upon scoring Roma’s second just 13 minutes in, Alessandro Florenzi jumped into the stands to celebrate by giving his grandmother a hug. Word is he was being a properly respectful grandson in the process too, as he explained after the match that his grandmother told him she would only come to the match if he came over to say “hi”. After, all how could you possibly refuse the request of your grandmother?

If you’re for some reason concerned that soccer’s going soft on you, worry not. Despite his sweet gesture towards his nonna, Florenzi was still carded for racing into the stands.