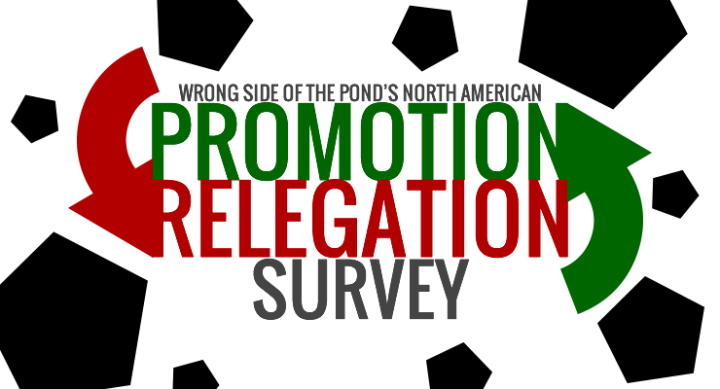 If you’ve followed the American soccer scene on social media for anything longer than the last 25 minutes, the it’s entirely likely that you’ve been sucked into the metaphorical black hole that is the promotion/relegation debate.

It’s an unavoidable conversation at this point, even if you don’t want to be involved in it. You can blame that on a very persistent and often times abusive group of evangelists. They seem ready to pounce at nearly every opportunity, and apparently have no need to sleep. In fact, I’ve been in their cross hairs for quite some time: they’ve gone so far as to label me — incorrectly I might add — everything from a “Euro Snob” to an “MLS bot” apologist, which seems pretty contradictory if you ask me. But no matter how much Tinfoil Ted and his followers might be the annoying soccer equivalent to the Westboro Baptist Church, that doesn’t mean the topic that they’ve shoved down everyone’s throats isn’t relevant.

There’s clearly an audience in the North American soccer community that desires to have promotion and relegation as an integral portion of our professional leagues. But what we’ve been unable to ascertain to this point is if it’s a vocal minority or a steadily growing majority.

And that’s where you come in.

The link below takes you to a survey that we here at Wrong Side of the Pond have put together to help get a better idea of how much the masses actually want pro/rel. All we ask is that you take a few minutes to complete the survey and to share it with your friends. The bigger the sample size, the more reliable the data collected will be.

But we’re not stopping there either. In addition to the survey linked above, I’m sending out a very similar survey to all the owners/presidents/CEOs from the 190 professional and semiprofessional clubs in the United States and Canada playing in MLS, NASL, USL PRO, USL PDL and the NPSL. That way we can also attempt to get a feel for not only how the fans feel about pro/rel, but also how those who control the teams do too.

Once we’ve had a chance to collect input from as many people as possible, we’ll then publish the results on the blog — just like we have with the other survey’s we’ve run on the site. No doctoring, just cold hard data. Just do us the favor of only filling it out once, okay?

So do your part by hitting up the link above, and help us all get a definitive feel for just how important promotion and relegation is to American and Canadian soccer.