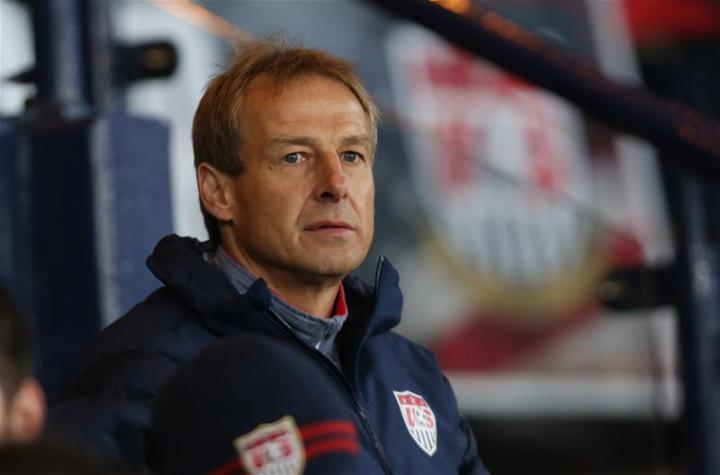 Three years ago this week, the hiring of Jürgen Klinsmann as the new US men’s national team head coach was to be a watershed moment in US soccer history. The German legend was charged with taking a plucky, overachieving American side and turning us into a dominant force in world football.

In his introductory press conference, Klinsmann took the bull by the horns. He pledged not only to help take US soccer to new heights, but also promised to help define and proliferate a new style of American soccer.

But despite helping the US to escape a Group of Death containing the Cristiano Ronaldo-led Portagal, long-time nemesis Ghana and tournament champions Germany, not to mention pushing a Belgian side many fancied as Brazil 2014’s dark horse to the brink… those words have proven to be the noose by which many have tried to hang Klinsmann.

With Jürgen’s three year anniversary of taking charge of the national team passing this week, the US Soccer Facebook page asked fans to weigh in on the German’s progress thus far.

As of the time of publication, nearly 2600 responses had been fielded. A decent number of them were positive and supportive. But an overwhelming majority of them weren’t.

It was an echoing of the sentiments expressed by many in the wake of the elimination by Belgium in the Round of 16. Too, many of the complaints submitted actually were hollered after the original roster announcement prior to the World Cup when Landon Donovan was cast out in the cold.

“We aren’t any better or worse than when he got here.”

“What happened to the offensive game he promised?”

“He is the reason we didn’t go farther in the [World Cup].”

“There has been no progress.”

A veteran internet user, I should have known better than to go to the comments. While there will always be grains of truth among the mire, it was mostly filled with naive and baseless drivel. Those complaints would be easier to ignore if it weren’t for the fact that they were inescapable. Anti-Klinsmann tirades were voiced on my favorite podcasts, Reddit posts were littered with the same thing, and of course they were all over Twitter, too.

And while I understand everyone’s frustrations at not advancing further, believing that Klinsmann has done a poor job during his tenure in charge is just way too far off base to let go unchallenged.

Where to start? How about with the noose of a quote that everyone keeps trying to hang Klinsmann with.

Yes, he committed to attempting to bring in and define a new American style. It was to be an offensive style of play based on possession. But while everyone is willing to hem and haw over how his side at the World Cup decidedly did not play in that fashion — thus “breaking his promise” — they also outright ignore entire portions of that very same press conference. For example:

“If you play Brazil or Argentina, you might [have to] play differently than maybe a country in CONCACAF.”

What Jürgen so clearly stated here was that, depending on the opponent, it might not be possible to play the way he desires to. If you try to play possession-oriented football against Spain, they’ll likely boss you off the pitch. If you try to take it to the Italians and fail to finish, they’ll probably exploit the one mistake you make on the counter. Even the best sides adjust their standard game plans against top opponents; the Netherlands did so three times in this tournament alone.

Furthermore, adopting a new identity isn’t something that will happen overnight. In fact, doing so in the three years Klinsmann has been at the reins is pretty much implausible as well. And low and behold, he even addressed that point in that press conference as well:

“Barcelona was not born in the last couple of years. It was born, the style of play now, in the early 90’s through Johan Cruyff. It took 20 years for that moment today that we see and all admire. Expectations are always based on what was built over the last 10-15 years.”

Translating that, it would be foolish to think that Jürgen could simply declare “WE’RE PLAYING OFFENSIVE FOOTBALL STARTING NOW!” and then do so with this current crop of players. They were all brought up in the old systems that played to various different ethos and mentalities. This World Cup was evidence of that fact.

Now, I would argue that Klinsmann was attempting to make small tweaks in the direction he wants to take the national team in the lead up to this World Cup. We saw the US men playing in more of a 4-3-3 set up in the tune-up matches, a formation geared towards offensive, possession-oriented play. But as I explained in my defense of Michael Bradley immediately after they were knocked out, that entire Plan A went out the window when Altidore went down because there was no like-for-like in the US pool of players who could slot in to those shoes. Plan B had to be different because of the tools Klinsmann then had at his disposal.

So really, the man’s commitment to changing the US style of play is one that is a more of a long-term goal. Klinsmann spoke at length in that press conference of the need to make vast changes in the youth game to achieve that goal — both at academies across the country and in the youth national team system. At the earliest, 2018 in Russia is where we should see the fruits of those labors start to come to fruition.

Perhaps ironically, before the first ball was even kicked in Brazil this summer, people were already complaining that Klinsmann was focusing on 2018 too much.

Based on the youthful selections he made, the masses were enraged how the manager appeared to be writing off 2014. Which was a bit harsh. Given the hand we were dealt in the first round, most fans had written them off too. Few supporters or pundits actually believed we had the talent to make it out of a group that featured heavyweights like Germany, Ghana and Portugal.

And yet we did.

However, when Klinsmann “abandoned” the new philosophy of attacking and possession to make a run at actually getting out of the group — a tactic that achieved that feat and proved the doubters wrong, no less — everyone hung him out to dry. Once out and no longer just satisfied with the prospects of “just” advancing out of the Group of Death, many went and moved the goal posts on him.

Did they prefer he stick to his guns and get battered, or did they want him to play to this squad’s strengths and a chance to advance? Style over success? Aesthetics over glory? It was a damned if you do, damned if you don’t scenario for the German.

Ultimately, Klinsmann chose the later of those variables. And luckily, it worked out.

We advanced out of a group most countries wouldn’t have, we bled in youngsters who will likely feature in four and eight years time in a system likely to be more offensively-oriented, gained a larger following, and gave the sport a boost it wouldn’t have obtained otherwise.

If you ask me, that’s absolutely progress.

And that’s ignoring that Klinsmann and his staff have also instituted a massive change in our youth set up. Working with — and identifying — the 15, 16 and 17-year-old kids to imprint with the new style of thinking that is necessary to achieve a stylistic change require a total rethink of our approach. They’re the kind of changes necessary for changing the team’s style over a period of time that is far more viable. He’s pushed through a new national training center in Kansas City that heavily focuses on coaching this new style. The new training center also helps to lay the groundwork for the technical skills necessary in that system with a slew of futsal courts. He’s also helped to establish a broader and more comprehensive youth academy system that will implement them as well.

And yet still, a sizable chunk of American fans think Klinsmann has done nothing for our national team, running him through the ringer for a partial quote. They choose to ignore the level of difficulty of the things he’s achieved. And they only care to look at a portion of the bigger picture.

So if you’re one of those throwing the man under the bus for a perceived lack of progress, make sure you open your eyes a little wider and remember that progress isn’t always a matter of wins. And just in case you’ve forgotten, there have been plenty of those, too.