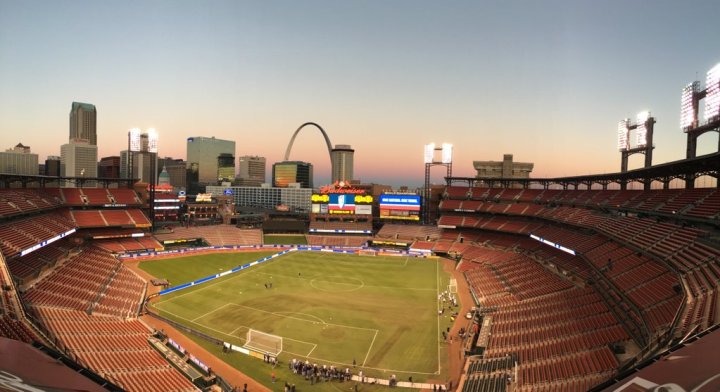 Running American soccer — at least I’d assume, seeing as how I have no experience in doing so — is an incredibly hard task. It’s probably a pretty thankless task at times as well. Few probably reward you for the countless hours you’ve put in, and the only feedback you receive is when people are angry or aggrieved.

I’d imagine that’s particularly true these days, considering the growing laundry list of complaints that the growing American soccer audience has for you. Opening up the pyramid, promotion and relegation, the banning of headers in the youth game, and claims of sticking with incompetent national team manager are all hot button topics in US soccer, and I’m sure there are countless others. Dealing with all of that can’t be easy, and coming up with solutions for those complains is likely even harder. In short, I respect — and even mostly approve — the work all of you do.

But not all of it.

You see tonight, the men’s national team kicks off qualification for the 2018 World Cup against St. Vincent & the Grenadines. They Caribbean minnows are ranked 129th in the world according to FIFA, pretty lowly when compared to our (admittedly disappointing) ranking of 33rd. And their record in international play isn’t exactly sterling either, so saying I’m worried about the USMNT losing to them isn’t really a concern.

So what’s my problem? In two words: the field.

Without a doubt, St. Louis is a hotbed of American soccer. Both historically and in present day. And even if it wasn’t, a city and population of its size is absolutely deserving of hosting a national team World Cup qualifier.

But — and let me make this very clear — when playing for the opportunity to qualify for a World Cup, it should be played on the absolute best surface possible. And you know what doesn’t qualify as the best playing surface possible for a professional soccer game that’s been organized for the sole purpose of reaching the most prestigious tournament your game offers?

Even a well manicured baseball field like the one at St. Louis’ Busch Stadium, even one used by a Major League Baseball franchise, even one who’s had a month to meticulously prepare — none of them should be utilized as a stage for our nation’s team to qualify for a World Cup in a single game. Why? Because their playing surfaces and facilities are not freaking made for soccer!

The grass surface on those fields typically isn’t one designed for the wear and tear exerted over the course of the average game of soccer. That means increased divots and therefore a less clean playing surface. The dimensions of the playing surface aren’t arranged to allow for a full-sized international field — and a field that just exceeds the minimums really shouldn’t be counted. That leads to cramped play and potentially the need to adjust your tactics. And most glaringly, there’s the need to deal with putting a temporary surface over the dirt baseball infield. Which of course leads a less clean playing surface and the greater chance of a player getting hurt when temporary turf slides across the dirt it sits on top of.

And that’s not to mention the kind of message it sends to the international footballing community. Look, we care so little about our national team’s success that we’re willing to sacrifice it to make a few extra dollars.

Do I think it will affect the outcome of tonight’s game? Probably not, but it could. But that’s besides the point.

When you think about it, there are easily fifty stadiums in this country — between MLS, NFL and NCAA football — that would be better suited right this very moment than Busch Stadium in St. Louis would be today. And that’s even if they were still playing the game tonight.

Don’t give me the “Well, New York City FC play on a baseball stadium and they did just fine” nonsense. The postage stamp they play on at Yankee Stadium looked like a U-10 field, and I’ve heard from several MLS players that surface there was far from ideal. If you want to turn to the grass-on-top-of-turf example (Ex: Dallas’s AT&T Stadium/Seattle’s CenturyLink Field) to mute me, don’t. Those games were mostly for friendlies, and even then you’d see coaches from Mexico to MLS clubs complaining that it was an unsafe surface too.

Long story short, when the national team is playing in games of importance, there’s really no reason at all that we should ever short change our players with a handicap of a substandard pitch. It’s embarrassing that we should be forced into such a situation just so we can make a few extra bucks.

And let’s just pray nobody gets hurt.

D.J. Switzer
Wrong Side of the Pond