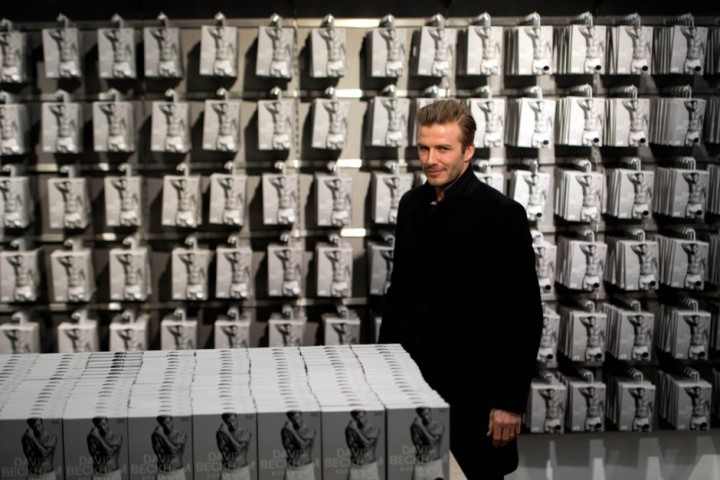 Yo dawg… I heard you like David Beckham’s new underwear, so we put Beckham in with a bunch of Beckham’s underwear so you can help him earn more money while giving him your money.

Though I was tempted to use a picture from Friday’s epic battle in the snow in Denver, I’ve already devoted an entire gallery post on the US Mens National Team’s now-protested victory over Costa Rica. No need for overkill there. So instead we get a shot of Golden Balls at an unveiling of his new H&M underwear line in Berlin. He even signed underwear at the event, so his fans could have even more David Beckham in their David Beckham underwear. Xzibit, no doubt, approves. How this guy has time to promote his underpants in Germany, slip and fall on his ass while in China as their “Global Football Ambassador” and play for PSG — all in one week — is a bit beyond me.