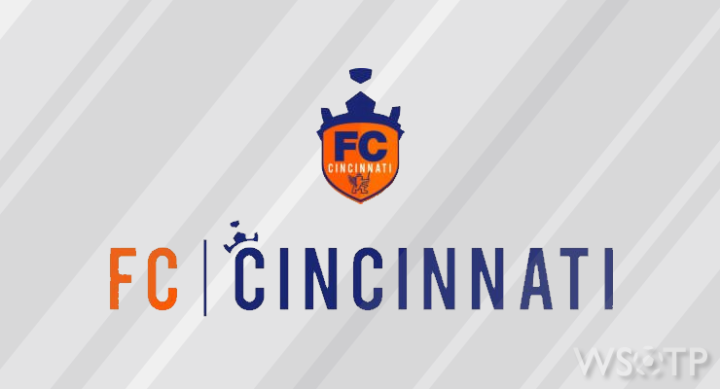 Back in May, alongside friends at Scratching the Pitch, I helped to break the story that the United Soccer League would be returning to Cincinnati. Included in that piece was the team’s name — FC Cincinnati — their colors, and their logo.

Two weeks ago, I was the first to tell you that the still unannounced FC Cincinnati would be coached by former US men’s national team captain, John Harkes. Also in that piece was confirmation that the team would also playing at UC’s newly renovated Nippert Stadium in 2016.

According to a news release received this morning, FC Cincinnati will officially announce their arrival on the professional soccer scene tomorrow at an 11:00am press conference.

The list of attendees mentioned in the release included some very heavy hitters. Jeff Berding, the man who we tabbed in our original piece as the lead man for the team, will be there. Cincinnati Mayor John Cranley will be in attendance, as will University of Cincinnati President, Dr. Santa Ono, and Athletic Director Mike Bohn. Bohn is expected to confirm that additional renovations to Nippert were necessary to accommodate soccer at the stadium. And as to be expected, USL President Jake Edwards will also be in the house.

But interestingly, as we had hinted at a week ago, the last man on the list of attendees is majority owner, Carl Lindner III. We had been hearing for months that FC Cincinnati had incredibly deep pockets, and with Lindner in the fold, that certainly proves true. The heir to the United Dairy Farmer’s empire and Co-CEO of American Financial Group, Lindner has an estimated net worth of $1.7 billion.

Also included in the news release was the trailer video below, confirming Harkes as coach of the team as well as the side’s initial home stadium being Nippert. Additionally, official logos for the club were also included, verifying the logos we exclusively revealed back in May.

A point in the video sure to draw some contention is at the 10 second mark when a string of former Cincinnati professional soccer franchises streamed across the screen — but curiously included the Cincinnati Saints, who unlike all of the other teams, aren’t actually defunct. Also suspiciously missing from that list of logos was that of the Cincinnati Dutch Lions, another not-yet-defunct club in the USL’s sister league, the USL Professional Development League. Perhaps that’s due to a minority investment stake in the new FCC side by the Dutch Lions organization?

Not addressed in the press release were the team’s anticipated plans to build their own stadium. The USL has a league-wide mandate that all teams be in their own, soccer specific stadiums by the 2020 season. And from the sources we’ve spoken with, FC Cincinnati plan to achieve that goal by 2019 — though no word has been received on where in the city the club is targeting.

A livestream of the press conference is also available below, should you want to tune in. WSOTP will be in attendance, so be sure to follow us on Twitter (@wrongsdeofpond and @JeremyLance) for live updates.